How’s that for a tongue twister?

At this week’s Saturday market, like the last one, we will have (among other things) an abundance of foraged fiddleheads picked from ostrich ferns, now bursting out of creek floodlands and the forest floor (we won’t tell you exactly where!). Like any wildcrafted food, we harvest them with restraint, picking only 2-3 fronds per plant and leaving the others for the plant’s own use to help ensure sustained vitality. Deryk, who has picked fiddleheads in this area for decades, has observed how some patches have diminished in yield over the years. He owes this to the increasing popularity of wildcrafting in recent years, resulting in over-harvesting.

Now, with temperatures becoming milder, this will be our last week for fiddleheads this season. So get them while you can!

How to cook fiddleheads

This is the way Farmers Paul & Laire prefer to cook these babies! You’ll need: 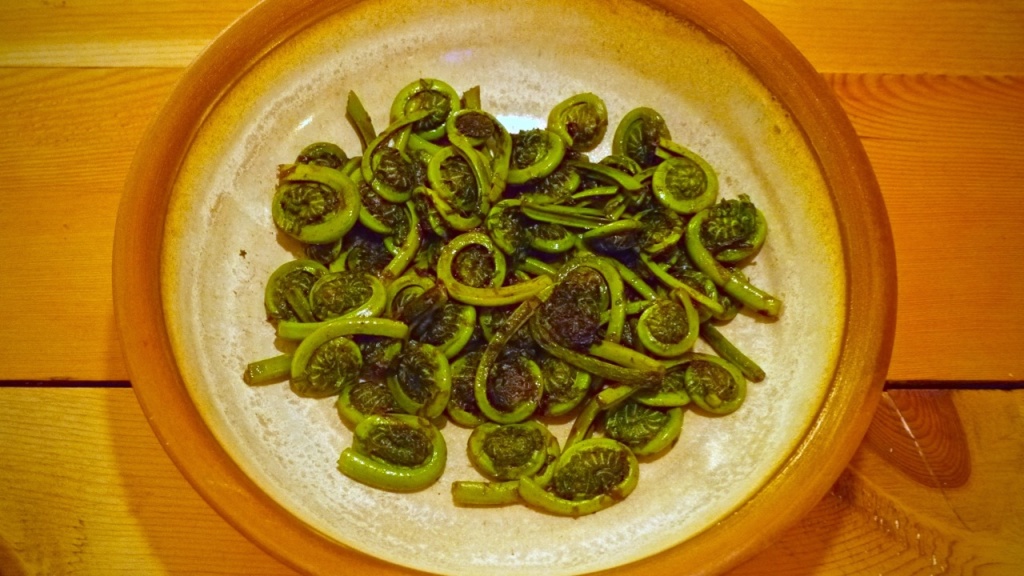 One response to “Foraging for fresh food from the forest floor!”